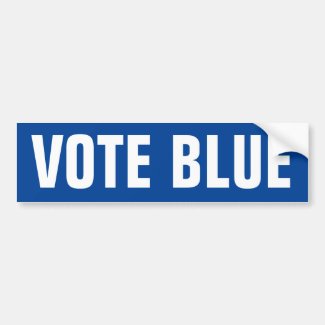 It has been almost exactly a year since my last post, but I hope to post more frequently now. After Biden’s victory, I felt more at ease than I had in years, but my tension is ramping up once again with the slow progress of both the House and DOJ investigations into the insurrection and with the increasingly insane dissolution of the Republican party, which I could once respect, even though I seldom agreed with their viewpoints.

Unfortunately, the GOP’s downward spiral into a rampaging mob has divided it into such widely divergent factions that it will never recover. Eventually, we will see them combat each other for to see who can retain the party name while some will splinter off to evolve into smaller, non-relevant parties, each of which will lay claim to the true spirit of the party of Lincoln, though that will, in reality, be long gone. I hope that in the future, some respected journalist will write a book about the fall of the GOP and titles it An American Tragedy: the Suicide of the Republican Party.

In the greater scheme of the world in general and of world politics in general, this will be inevitable. In nature, creatures that will not adapt, especially those that must exist in a narrow range of environmental conditions, will fade into extinction. The Whooping Crane and the Kemp’s Ridley sea turtle are two prime examples. The only reason these species still exist at all is because humans are doing everything they can to keep them alive. They are species on life support as the Republican Party will eventually be.

However, the world is changing as it always has and populations are migrating to make better lives for themselves and, in some cases, to simply survive. This has gone on throughout history. For example, barbarian tribes such as the Goths and Visigoths and Vandals once rampaged through Europe and sought to take over the land of the Roman Empire in an effort to survive, often after being driven out of their homelands by other, stronger migrating tribes. This continues today as it has for over the past 200 years as new peoples come to the US, often illegally, for a better life. As a result, the demographics of the US are changing. In several years, Caucasian peoples will probably be a minority. For rich, old, white men, this is a nightmare as they watch their wealth disappear and their traditions vanish or be usurped. Naturally, they cling to power as long as they can in order to survive and for their heirs to survive as well. But whether they disappear in a hundred years or 200 years or longer, they will disappear, just as thousands of cultures have disappeared throughout the history of the human race.

This is why the Democratic Party will survive. It adapts and welcomes new peoples into its fold and it relishes diversity and finds value in it. We have a long, tough road ahead of us, but we will inevitably prevail.

I am updating the website shop, eliminating many anti-Trump items that had the date of the presidential election on them and bringing in items concerning current events. I will still be blogging occasionally, but much of the focus from now into the foreseeable future will be in merchandising items centered on the ever changing, volatile political climate. It looks like we have several contentious years ahead of us. We need to buckle down and continue the good fight.

Photo by Anna Shvets from Pexels

After mulling it over for most of yesterday, a plausible reason for Barr’s quick meeting with McConnell dawned on me: Barr was probably advising McConnell to brace himself for the fallout from the oncoming election fraud investigation. Here is how I envision Barr’s last few days–hypothetically. The actual events would not have played out exactly like this, but may have played out like this in essence.

Trump tells Barr to investigate the Democrats for election fraud.

Barr says that if he issues orders to his 95 field offices to investigate accusations of election fraud, being impartial they will have to investigate all parties for election fraud. Therefore, Republicans will also be in danger. Trump will also be in danger because he has been trying to rig the election in his favor over the past year. Much of what he has done will undoubtedly come to light. He will also have to abrogate forty years of precedent in not pursuing cases of election fraud immediately before, during, or immediately after an election. Barr knows breaking this precedent will bring a lot of unnecessary attention to the investigation and probably a lot of opposition in the courts. Barr foresees a fraud investigation at this time opening up a nightmare scenario in which whatever hits the fan will not be distributed evenly.

Trump either does not foresee the danger to the GOP as Barr does or he sees it coming and does not care that it might damage the Republicans because he is simply in a blind rage and wants to win the election no matter how he does it or who it effects. This is an impetuous move, which is entirely within Trump’s character, and may lead to his own destruction, particularly as he has been trying to rig the election in his favor over the past year. However, Trump may believe he is in no danger, because Mitch McConnell has packed the courts in Trump’s favor–as much as he can. Trump orders Barr to do it anyway.

Barr goes into isolation to research his options and to carefully draft a message to all DOJ to investigate accusations of election fraud. He tries to find a legal way to protect the Republicans but he can’t.

While Barr is in seclusion, McConnell, in his public appearances sticks to the absolute truth that no one can argue with: that Trump has a right to ask for an investigation. This it true and it shows that he is somewhat standing up for Trump without being completely committed to Trump’s cause, while protecting him from probable Democratic accusations that he is aiding Trump in his madness. McConnell is walking a fine knife’s edge.

Before he orders his field offices to commence the investigation, Barr goes to Mitch McConnell directly and in person to warn him of the dangers to the GOP and that he, against his better judgment, will have to issue the directive later in the day. Mitch’s own campaign may be at risk along with those of other GOP senators and congressional representatives.

Barr, at Trump’s behest, issues the directive later that day.

Does this sound plausible?

Some Democrats have been calling for investigations into McConnell’s, Graham’s, and Collins’s campaigns, because they did unexpectedly well after there has been a lot of obvious antipathy for them.

They may get their wish.

Ironically, Trump’s frenetic, monomaniacal effort to keep the presidency may lose it for him after the investigation he orders investigates his own campaign If there is a case to be made for election-rigging, it is in all the obvious efforts Team Trump has made over the last several months.

Trump may once again have shot himself in the foot, this time while in a blind rage. He may not care who he injures or destroys, even if it’s members of his own party, so long as he holds onto the presidency. In my view, this is completely within his character.